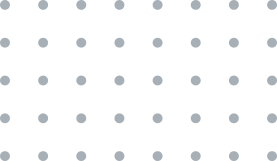 RÁBA Plc. concluded the 2021 business year with group-level consolidated sales of HUF 46.4 billion, owing to the substantial increase in customer demand. In spite of the economic environment burdened with yet another set of economic challenges, which emerged last year, the company succeeded in returning to its earlier level of profitability in all respects.

As a result of the stable demand manifest on the markets of commercial and agricultural vehicles and Rába’s customer-oriented attitude, the consolidated sales revenue of the group during the period showed a nearly 20 per cent increase over the level of the previous year’s basis. The company generated sales of HUF 13.2 billion in the fourth quarter, which is the highest Q4 sales revenue of the past five years.

The uncertainty of the steel industry seems to persist thus triggering continuous base material price increases. Disturbances and delays in the supply chains have presented a new economic challenge in 2021, a phenomenon Rába has also had to increasingly face on various levels of its procurement. Last year’s single most decisive and unexpected environmental impact, however, has still been the crisis on the European energy market and the drastic price explosion of the fourth quarter, which exacerbated the difficulties presented by a year filled with challenges to begin with and exerted overall inflationary pressure on the company, which, in turn, fundamentally influenced profitability.

In spite of the challenges resulting from the economic difficulties caused by the COVID-19 pandemic, the company managed to maintain its stable financial position. Rába pursued its earlier strategy, hinged on offering flexible services to its world-class customers, which allowed us to respond immediately to the intensifying market demand and to restore profitability. In Q1-Q4 of 2021, the Rába Group generated HUF 1.97 billion in operating profit.

The Company began to divest its real property not involved in production and to use the proceeds thus generated to finance capital expenditures necessary to modernise operations.

After 2020, the value of shareholders’ equity per share continued to increase, amounting to HUF 1,571/share at the end of 2021.

“In spite of the multiple economic constraints, our Company has concluded last year with outstanding results and financial indicators, owing to its fast responsiveness and flexible customer service. The year 2021 presented the economy with a number of adverse surprises and these impacts have not spared Rába either. As the year progressed, new difficulties emerged, while earlier burdens were being dealt with. The disturbances in the supply chain and the increases in raw material prices have become constant phenomena, compounded by energy price increases in the second half of the year, reaching drastic magnitudes in Q4, thus exerting considerable pressure on the economic environment.  Rába successfully handled the challenges and launched its production, corporate management and organisational restructuring.  A major modernisation and capital expenditure programme has been devised to facilitate future efficiency improvement”, stressed Béla Hetzmann, Chairman-CEO of Rába Automotive Holding Plc.